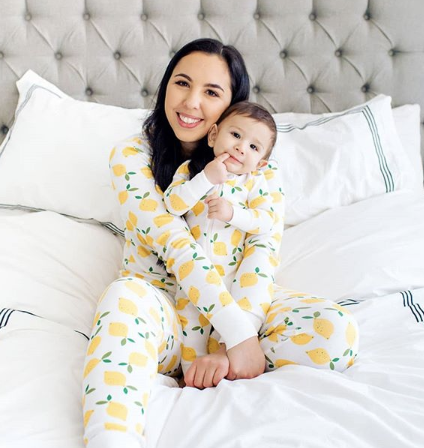 A quick look at what’s been going on and all we have to look forward to later this month!

And just like that it’s December! I can’t believe how quickly the year has gone by. The last six months or so have been pretty intense for me and I am actually looking forward to a few periods of relative peace and quiet (with the exception of all that family time!!)

We’ve been go go go since the summer backyard renovations, those first rough months of pregnancy and finally capping it off with a roadtrip to Boston for American Thanksgiving. Aren did surprisingly well in the car but his sleep was all over the place while we were there and his routine took a hit for the worst. Today is our first full day back and I am so excited to get back on routine. Both for him, and me!

Here’s what we have going on this month and where things stand!

Still haven’t really done anything to prepare for baby number 2. We’re keeping our guest bedroom intact until after the holidays in case we have any visitors, but come January 1st we will start the process of getting the room ready for its transformation into a nursery!

I’ll be hitting the halfway mark of my pregnancy in a few days which is just crazy!

I don’t think I mentioned this on stories because I was afraid I’d burst out crying but we officially got a start date for Aren’s daycare and it’s February 3rd. He will be exactly 18 months old when he starts. Now it is just part time and I am definitely overreacting but I am so nervous for this haha! I’ve read that kids need about a three month adjustment period, so we figure this will give him the time he needs before baby brother makes his appearance. The daycare is relatively close to our house (about 15 minutes) and as of now, I’m thinking he will go for three days out of the five.

I’ve stopped doing monthly updates because who has the time 😉 Anyways, Aren is busy as can be. We have Baby Gym classes twice a week, swimming once a week and also a free play time at his baby gym that we try to hit once a week as well. He’s been on one nap for about three weeks now and these classes really help me get him to that nap time. So far he’s only passed out in the car once but I was able to successfully transfer him to his crib – major parenting win, right?!

He’s a super happy boy despite having teeth come in pretty much every week. He just can’t catch a break! He had his first set of molars come in, while they’re not even out yet, two of his canines just started to cut through. I’m kind happy it’s happening so fast though because I’d love to get all the teething pain out before the baby comes! I can’t handle two kids teething! Oh, and he’s 16 months old tomorrow!

We will just be sticking around here come Christmas time. I have so many loose ends to tie up in the next few weeks that I’m looking forward to a quiet period around Christmas where I can finally catch up on my Hallmark movies and nap on the couch! I haven’t started my shopping yet but aim to do so this week!

And in home updates, we haven’t been up to much. I finally finished my office space. Besides Aren’s room and the kitchen, it’s the only space that is 100 percent done- which is so embarrassing considering how long we’ve lived here haha! I’ll do a mini holiday tour in the next few weeks because I love how the Christmas touches turned out in the office- once the new year hits though I will definitely do a proper tour of the whole space!

We also have plans to finally finish decorating the living room, dining room and our bedroom come January. We took our time doing things because we really wanted to finish our renovations completely and to also purchase quality items in our house. For us that meant doing things slowly, especially because we didn’t want our lifestyle to really change while we finished it all up. We are in a great place now with our house almost at 100 percent done. Everyone tackles Renos and decorating differently but this is just what worked for us.

Later in the new year we will tackle some front of the house landscaping and finish putting in the trees in the backyard. Can’t wait for that!

Wishing you all a safe and joyous month ahead. Make sure to follow along over on IG for more updates on all things baby and house! ← Holiday Cards 101: Tips on getting that perfect card with a baby
Winter Chili : Weeknight Comfort Meals →

Copyright © 2022 This Life of Ours
Powered by Teakie.com